It's time to help me win the contest!

Happy Croft Weekend!
I hope you're all enjoying the books!
For those of you who have left reviews, thank you!

Here's the book that has been included in that Amazon PentoPublish2017 contest!
So, if you preorder, here's your link! 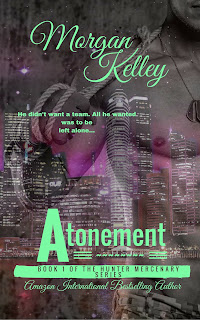 His one mission in life is to catch the one who got away. Dakota Rakin eats, sleeps, and obsesses over the case that killed his partner and ruined his perfect life.

After leaving the US Marshals, he’s made it his mission to track the killer down. It’s led him to a city that never sleeps, a town so entrenched in wickedness, that he’s not shocked she’s hiding there.

It’s the town that hides the woman who broke the rules, killed so many, and made him a monster inside, and he's going to make it home until he finds her.

Only, once he arrives there, some friends from his past are waiting for him, and he never saw it coming. They have a surprise for him. They’ll give him private intel that the government has, if he works with two other men to handle a couple simple cases.

Only, the men are mercenaries.
And the simple cases are anything but.

Now Dakota Rakin, Rogue Ravenscroft, and Zayn Thundercloud have one hell of a conundrum on their hands. They have no choice but to work together to get the one thing they each seek.

For Dakota, it's especially hard. He was once the law, and they are anything but, and yet, they are now trapped under one roof, working one case, and finding that things aren’t so black and white in ‘The Big Easy’.

New Orleans is full of crime, and Dakota now has to put his life, and his fate, in the hands of two men who run on the illegal side more often than not.

What could possibly happen as the team embarks on one wild ride?

Searching for Atonement, will they solve the case and get the next piece of the puzzle, or will they end up losing—and by losing, that means turning up dead?

It'll be out in November!


It seems like just yesterday that there was a release.
Oh wait!
There was.
Welcome to release day 2.0.
You get a whole second book today!

I know that most of you won't be done reading Paid Justice yet, but in case you are, today another book is being releases. This is the wedding scene that was not released in the main book in case someone was squeamish about gay sex.

I think it's hot, but hey...I roll like that.
Anyway, Wedding of our Dreams: Steel and Dante is available today. You can find it here... 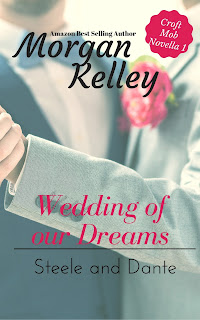 I hope you love it! It's the Crofts behaving badly! You'll see Reggie again, have some fun moments with Dimitri, and of course Dante and Steele.

Remember, this novella happens in the Epilogue's time frame. The part that says Wedding day and has Delilah getting ready is the point where this book happens. :)

Enjoy.
Love.
Laugh.
And let the Crofts rock your world.