Are you enjoying the new Hunter Mercenary book?
Thank you everyone who has left a review. Atonement is holding its own in the Amazon literary contest. I appreciate all of the reviews that are keeping me in the contest.

Now, for the good news.

Guess what's up for preorder?
Some Croft-y and FBI goodness. 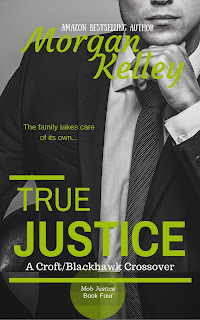 Book #4 in the Croft Mob Family Series. This is an FBI CrossoverHell hath no fury like a mob family scorned. The Crofts are going to war, and this time, they’re bringing an unlikely ally. While they may be the ‘bad guys’ in Vegas, they have a few tricks up their sleeves to make everything right. Mostly, it’s the Blackhawks. Ethan Blackhawk is determined to clean up the FBI in Vegas. Along for the ride is his wife, his partner in crimefighting, and someone who doesn’t take this kind of jackassery lightly. They plan on stopping the madness before it taints their kingdom. After all, they are the posterchildren for the FBI. While the good guys do it legally, Greyson has his own plans. It starts with holding his family together, and ends with putting a bullet in Viktor Marchenko’s brain. He’s come to his city, he’s helping sex traffickers make money, and he’s a blight on the whole damn town. He’s going to stop him—no matter the cost, and it will be high. Can the FBI and the Vegas mob come together to save ‘Sin City’?Or is it so far gone that no one will make it out alive?With True Justice, there can only be one winner, and there is so much on the line…Love. Friendship. 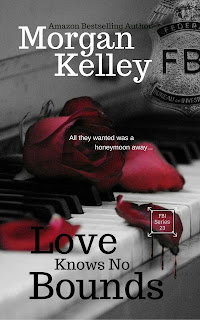 This book was supposed to be released ON Valentine's Day, but a lot of you messaged me and asked if I could bump it to a different day. No one wants to be tired the next day at work. SO....you asked, and I am going to do it. Instead of the 14th of Feb, it will be out Feb 10th, 2018.

You can get it here.
Here's the book description:

Book 23FBI unconventional Erotica seriesWarning: sex, m/f/m sex scenes. A Holiday MysteryLoving Elizabeth Blackhawk is both a pleasure and one hell of a challenge. She’s tough, smart, paranoid, and good at her job. In fact, she’s the best. Truth be told, she chases the crazies to escape the demons that haunt her. So, when it comes time to taking a break, enjoying a vacation, or taking time for herself, you know it’s not going to be an easy task—especially when death won’t stay away. On their ‘honeymoon’, a long awaited one, Callen Whitefox and Elizabeth Whitefox-Blackhawk run into some troubling things—missing women, blood splatters, and all the normal suspects. Their vacation from crime becomes one hell of a mystery. There are twists, turns, and lies at every corner, and before it’s over, the truth will come out. And there will be hell to pay. Can a woman who never takes a break finally settle down and enjoy her vacation, or will death come knocking and destroy it all?Death doesn’t take a holiday. So why should she?

I hope you enjoy them!
If you haven't left a review for Atonement, pop on over and give me some love!