A new series is coming! 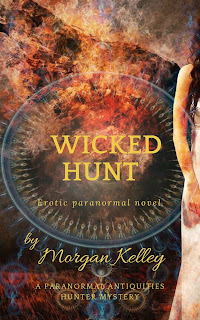 I have been waiting for this book to come out for a LONG time. I absolutely love all things creepy and paranormal. Ghosts, angels, things that go bump in the night.  I know most of my readers like a straight serial killer book, but i have to have some variety.

So, here it is.
This is going to be a cross between a mystery and a paranormal book. You'll have your investigation, peppered with all kinds of things that are made from legend and lore.
Ghouls.
Harpies
Sirens
etc.
If you are a fan of myth, legend, and lore like myself, this will be the book for you. I suggest you read the dangerous series first, but it's not necessary. You can pick it up relatively easily.


Out in December, you can find it here.


Pandora’s Box was made to do one thing.
Contain.
Now that it’s been opened, Flynn Brogan has no choice but to switch roles and find all of the antiquities tied to it. If he doesn’t before time runs out—twenty-one years—the world as they know it will change—and not for the better.
His previous life, as a cop, has made him damn good at playing hide-and-seek with people, criminals, and objects. Well, now, he’s doing to do just that.
He will hunt.
He will find.
He will put the evil back in the box.
First up, he’s going to have one hell of a task at hand. He and his team are on the hunt for a very old chalice, and it holds many, many secrets—mostly bad. If left out in the world, in the wrong hands, there will be nothing but death and destruction.
Yeah, it’s that damn powerful and ancient.
As in God ancient.
If they can’t find it and put it back, there is going to be all kinds of mayhem unleashed on the world, and NO ONE wants that.
With the help of his wife, Jolie Brogan, his ex-cop partner, Tommy Gress, and a myriad of characters living, dead, and supernatural, they have one mission and one mission alone.

It's a new beginning, a new job, and he's up for it. Flynn Brogan, or as his minions call him, Rinnon, will find the relic and antiquity to save them all.