I hope you've all had a really great February so far! I hope it was filled with love and laughter. It's that time again!

Yes, book preorder time!
The next Hunter book is going to be available in May, but you can reserve your copy now!

I hope you enjoy it! I love writing that series, since i can do whatever i want. Who doesn't love bad boys behaving wickedly! 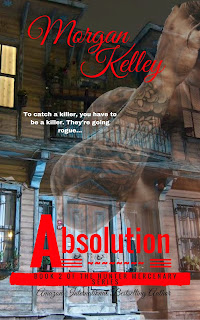 Warning: Contains language, violence, sex, and killing. For mature audiences. Contains sexy men behaving very badly. Book Two in the Hunter Mercenary series by Amazon internationally bestselling author, Morgan Kelley. Their job is far from over. In fact, it’s only begun. The Hunters are on the trail of a sex ring that has come to New Orleans by way of Vegas, and it’s going to be one of those cases. Zayn, Rogue, and Dakota are stuck in the middle of a city on the brink of chaos and working on chasing their own demons. Only, this case is connected, and can’t be ignored. Yeah, and that’s not all. The Blackhawks are back, and they have a new mission for the mercenaries. It’s do or die. It’s life or death. It’s a woman’s life hanging in the balance. It’s not like they can say no.There’s another woman to rescue—and it won’t be easy. They have to extract Storm St. Clair after a year trapped in the sex ring. Yeah, cakewalk. Meanwhile, with the rest of New Orleans, they’re asses are on the line. With Charlotte’s death, Purgatory is on fire. The city is divided, and they are now wearing targets of their own. What’s a group of mercenaries to do?Take everyone down.Watch it burn. And hold nothing back. The Hunters are on the job, and before it’s over, N’awlins will know what they’re up to, but that’s half the danger and fun. Death is coming. And it’s no one’s friend.

Thank you for the reviews! I appreciate it!!!