Been locked in my office and chained to my desk.
I've been putting in the long days to get the books taken care of before I head out on hiatus.

Good News: Vegas is Dying arrives tomorrow for my final approval. If it looks good, it'll be out on August 1st.
Yay.

Bad News: there is none ! Sorry, I was just messing with you!  I will say that all the books are getting updated and redone, and that means new covers and details inside. So, once you see the new covers on Amazon, contact them to get the updated version. They will push through an update for you free of charge if you let them know you need the updated book.
(Keep in mind, it takes up to 5 days for the covers to sometimes update, so give it a week!)

The Killing Times (Book One) has been redone and here is it's cover. Keep in mind I also added some details to this book in the process. There's been lines, dialog and information added to make the book longer. I believe it was 389 pages and now it's more like 411. 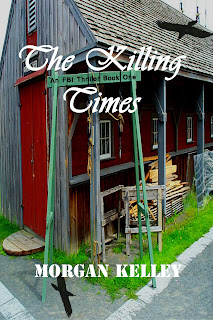 Here is the new one for Sacred Burial Grounds ( Book Two) . It won't be re-released for a little while yet. Sometime the end of summer to be exact. It should be done in September. 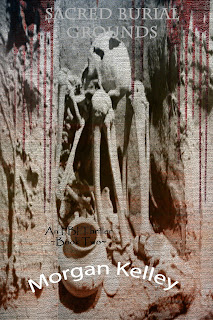 Here is True Love Lost (Book Three)
I picked this cover to remind everyone of the moment when the killer was in the cellar placing the jars of body parts on the shelves. I opted to leave the grossness out and leave that to your imagination! 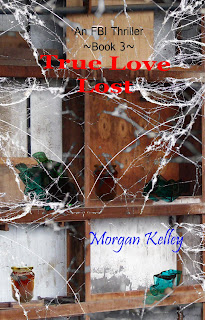 I also have Fire Burns Hot (Book Five) being reworked as we speak. It will be redone and released within the next couple of weeks. Around the middle of August before I leave. Here is the cover. It should remind you of the one scene behind the strip club, just minus the burning dancer.... 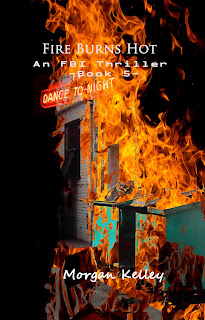 Deep Dark Mire (Book Four) is also slotted for a new cover and editing. It should be done by the end of August or the middle of September. The cover isn't quite done yet, so I'll keep that one and Darkness of Truth (Book Six) a secret for now.
I'll give you something to look forward to later in the year.
Now for the next news. Devil Hath Come (Book Seven) has just been finished. All the details are added and next week I'm starting the first read through. It will be heading over to Tammy when I head out around the 20th of August.
I really hope you all love that book. (Well, all the people that don't want me dead for destroying Elizabeth and Ethan's lives! LOL) It's funny, it's sweet and it's very emotional. I have to admit I wept.
We're going to start learning about Dr. Christopher Leonard and Cyra Austin. They're about to begin their relationship. There will be bumps and potholes in that road, and a few surprises lurking around the corner too. I hope you fall in love with them as much as I have!
As for the Croft & Croft Series- Christmas is Killing (Book Three) is already out for proofing and will be done early. It's going to be released around the beginning of November, just in time for the Christmas holiday. I LOVE IT.
If my FBI/Romance series freaked you out (The threesome issue...) Then fear not! Croft and Croft is a straight romance. It has the same crime and mystery aspects as the FBI one, but none of the threesome and it's got more of a gangster and old school Vegas twist! If you've ever wondered what someone from 1950's Vegas would be like now in this day and age, Emma and Greyson Croft will be the ones for you.
Well... That's all folks! This writing year is coming to an end. I do have some peeps that I want to thank. First off, Tammy for putting up with my bossiness and other Type A Elizabeth-esque issues. She's worked very hard this year to get through all these books. Imagine reading 1.5 million words in one year. (or 9 of my books) then picture doing it 2 or 3 times. The woman is a trooper.
So props to her!
She also lets me bounce ideas off her. (Like should I make them a threesome?? Is this too gross?) She also talks me down off the bad reviews. (IE; You're books are Immoral. You ruined this series with Callen, and Don't quit your day job...) okay no one's said that one yet, and I'd like to point out this IS MY DAY JOB....
Eternal Connections has been helping me out too. All the amazing covers have been done by them. I love each and every one and am super appreciative. Thank you so much for reading the books and helping me find just the right creation.
Thank you to Black Cauldron Publishing for doing the re-edits on the books for me and believing in an unknown writer that wanted to do something no one else had done before- blending crime with a threesome twist. I appreciate you helping me get to Amazon's top 100 authors.
AND last but not least... All the readers! I love you all and am glad I could spend this year entertaining you. I promise next year will be just as awesome (I run September to September- I haven't been drinking) I have plans ahead for everyone. There's some death on the horizon for some of my characters (I'll answer the big question of if I killed Callen or Ethan off in Devil Hath Come or if there's more necks on the chopping block *wink wink*)
There's some bribery and people going to lose their jobs...
People are leaving the series
There's more sex.
More Love.
and more fun!
Thank you! Thank You! Thank YOU!!!!!!!
Much Love, Mayhem and Murder,
Morgan.
Posted by Morgan Kelley at 7/23/2013 03:10:00 PM No comments: Links to this post